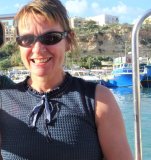 Claire Wiltsher was born in Wales. She studied at Lancashire University as a mature student (1986-89). In 1988, she was a finalist in the Reader's Digest young illustrators competition, and had already secured exhibitions before finishing her degree.

Her oil and mixed media canvases combine layers of paint with fragments of collage. She scratches through sections of the painting to allow colours from underneath to emerge. “I want to create evocative paintings of land and sea that show a sense of place; different weather conditions are key elements”. Claire uses brushes and different size palette knives to build up layers and create depth. Paint is also flicked or carefully thrown on selected areas, evidence of this can be found all over her studio floor. 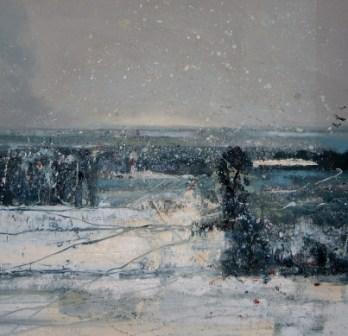 Not long after her degree, Claire was in a touring exhibition with the Ikon Gallery Birmingham, 'titled symbolism' and also had a one person show at Durham museum and gallery, where most of the work was sold. She trained as a Lecturer in Art, and while teaching in Durham, completed her MA at Northumbria University in Fine Art (1999).

Claire has been selected in many Competitions. The art critic Edward-Lucie Smith chose her work to be exhibited at Olympia at an International Fair. Most of the work was sold allowing her to embark upon a new journey travelling to Indonesia.

Claire’s paintings, which have a distinctive semi-abstract style have received national recognition and acclaim. In 2010 her forest landscape ‘’Winter snowstorm’ gained her the Rosemary & Co Award from the Society of Women Artists. In 2011 two forest landscapes were selected by the House of Lords Works of Art Committee for acquisition by the House's permanent collection. The paintings are hanging in the public areas and committee rooms of Millbank House. 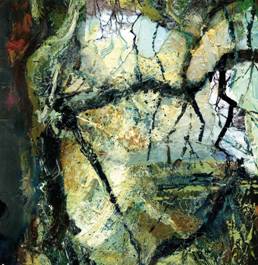 The majority of Claire's canvases are square which she feels is important in creating a balance and harmony in her paintings. The work has ambiguous elements; however the work shows strong structural compositions. She feels that “total recognition inhibits the imagination” The outdoors, walking and travelling are the main inspirations for Claire's work. Poems often accompany Claire's work and can help communicate specific ideas.

In less than three years Claire established herself as a highly popular and successful artist. With just two exhibitions in 2009 the number rose to thirteen in 2010 and twenty-one in 2011. In 2012 rising demand for Claire’s landscapes and seascapes led to her giving up her part-time job as an Art Lecturer to work full-time as a professional artist. Her work is proving to be popular with local and national galleries and In 2014 will be exhibiting Internationally with a London gallery as well as a solo show at Bath Contemporary. 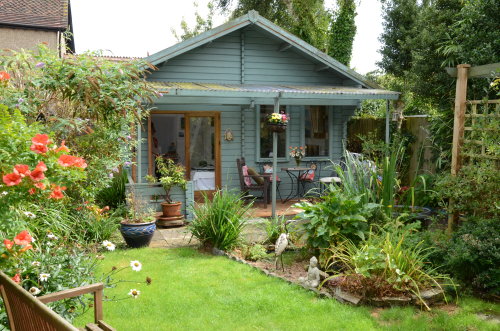